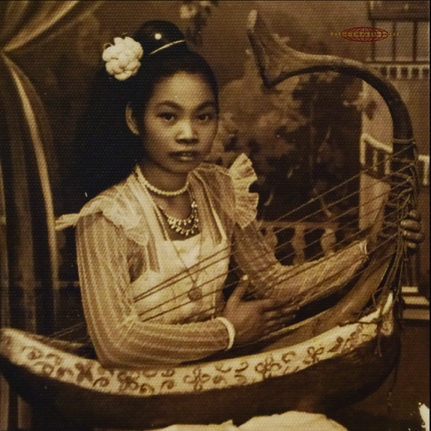 The Crying Princess (SF078) compiles rare Burmese 78rpm records gathered by Robert Millis and Sublime Frequencies co-founder Alan Bishop during various trips to Burma (Myanmar) and continues the tradition of amazing music from this Southeast Asian nation released by SF (Princess Nicotine, Guitars From the Golden Triangle, Music of Nat Pwe). Spanning the years 1909 to 1960 these unique and ridiculously rare records feature early sides by Po Sein (one of the giants of early Burmese music and theater), vocal and harp music from 1929, "modern songs with electric guitar," and unique Burmese pop songs with piano, all from 78rpm sources.