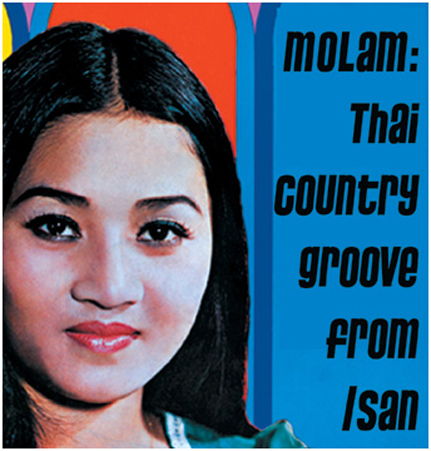 Double LP reissue of the long out-of-print classic CD first released in 2004 -- the first modern electrified Molam recordings from the 1970s ever presented outside Thailand. Molam is a multi-faceted folk music native to Laos and the predominantly rural Northeastern region of Thailand known as Isan - home to myriad ethnic groups and provinces, and once a part of present-day Laos. Mo meaning "master" and lam meaning "song", molam literally translates into "master singer", but it remains more of an umbrella term covering over a dozen types of lam styles in which male and female singers can be backed by a free-reed bamboo mouth organ called a khaen, indigenous lute-like instruments (the phin or the soong), a bowed fiddle called a sor and a percussion ensemble featuring finger cymbals and hand drums. Lam phun and lam sing are the two molam styles featured most prominently in this collection. Also in the musical family is look thoong, a slower, more tragic style, usually lamenting lost love and perpetual poverty. Examples are heard on tracks 10, 15 and 20. Costumed Isan comedy troupes called Talok incorporate hyper-eccentric molam and look thoong renditions with low, vaudevillian comedy and high social satire on stages and TVs throughout the country. Maniacal examples are heard on tracks 2, 8 and 11. The classic recordings featured here are selections from rare vinyl LPs, 45s and cassettes recorded in Isan and beyond between the 1970s and 1980s. This was a pivotal time when music of the region began to be electrified and integrated with Western instruments. When electric bass, effected guitars, electric organs, kit drums and horns played alongside the khaen and the phin. Molam had never sounded this way before – and due to the typically ephemeral nature of the music industry and the introduction of the modern keyboard workstation, molam will never sound like this again.