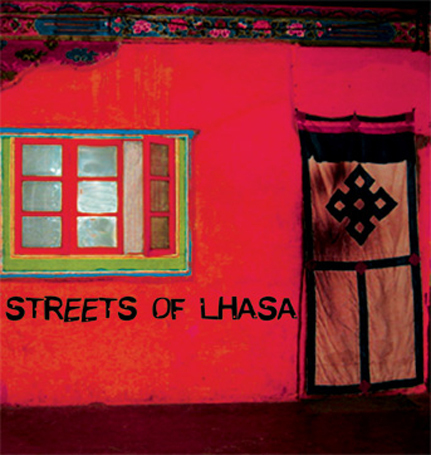 “Streets of Lhasa” lifts us to the high plateau of Tibet where anonymous street balladeers sell folk songs for a living and ghostly voices drift in an ambience of time forgotten. Children, birds, trains, prayers and a traditional temple activity called "bian jing" (where monks discourse about scripture and punctuate their points by clapping loudly) provide the backdrop for this disc with the folk music of the street taking center stage. These enterprising musicians sing passionate songs and play instruments like the “Erhu” and the “San Xian”. The recordings are as clear as the strings of these banjo and violin-like instruments scathed by leather fingers of the high, thin air. Tibet has been under Chinese control for nearly half a century and their leader, The Dalai Lama, resides in exile to the south in Dharamsala India. Bhuddism remains of primary importance here and chants of song and prayer are heard throughout the plateau. This ornamental carnival of sound was recorded by Zhang Jian (of the Beijing-based sound collective “fm3”) on the streets of Lhasa, ZhaDa and Shigatse in August 2003. Liner notes written by Steve Barker (ON THE WIRE/BBC).