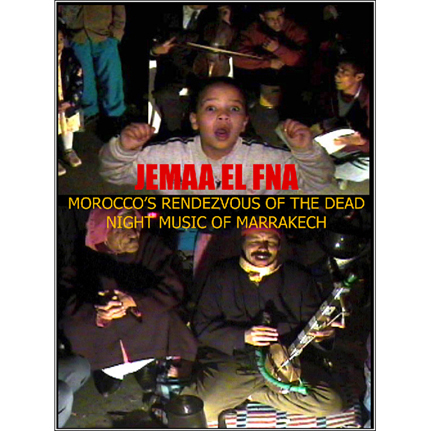 Morocco is a land of ingratiating variety and intense contrast. Its people are as diverse as its topography. The cosmopolitan Atlantic coast fuses with the Berber heritage of the northern Rif and Atlas mountain ranges as the ancient Saharan trade routes wind their way from the south into the city of Marrakech, where all points collide, creating a vibrant mixture of the traditional, the exotic and the supernatural.

"Jemaa El Fna", the massive central square in Marrakech, is where Morocco's ancient history manifests daily in a perpetual cycle of mysterious sight and sound. "Jemaa El Fna" can be translated as: "Meeting Place of the Dead", "the mosque at the end of the world" or "the mosque that came to nothing"; a sly reference to the Saadian Sultan Ahmed el Mansour's aborted attempt to build a mosque there several hundred years ago.

The "Meeting Place of the Dead", a suitably chilling phrase which conjures an aura of exoticism and savage justice to an otherwise fully functional public square, has continued unabated for centuries. By Day it serves as a venue where magicians, fortune tellers, herbalists, acrobats, monkey handlers, snake charmers, dentists, astrologers, numerologists, and sorcerers create intriguing displays of bewitching spectacle. By night, the square transforms into a symphony of mystical brotherhoods and night musicians: the Aissoua, Derkaoua, Hamadasha, Jilila, and Gnaoua. Free from the restrictions and expectations of light entertainment for a tourist crowd, this "Rendezvous of the Dead" is where the performances animate the audience and musicians alike into an elevated spiritual congress colliding in sonorous ecstasy.