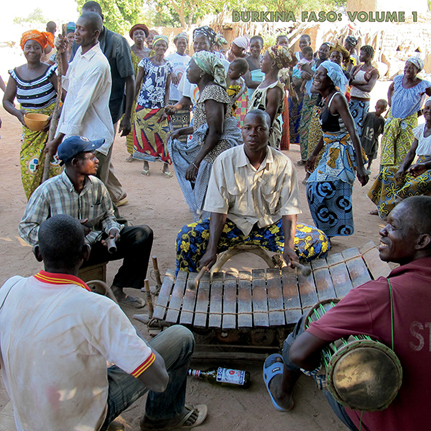 Single LP version of limited 3xLP box set released exclusively on the Sublime Frequencies website.
Sublime Frequencies presents one of its most ambitious releases to date: A spectacular three-LP box set of landmark recordings made in Burkina Faso by Hisham Mayet during three expeditions from 2013-15, housed in a breathtaking full-bleed slipcase with a 32-page booklet of Mayet’s stunning photography.

This LP showcases two side-long performances that are as thrilling as any Burkinabé music ever recorded. These tracks not only echo but also further some of the greatest examples of Western avant-garde music: Imagine the pulsating minimalist motifs of titans like Terry Riley or La Monte Young elaborated into a dizzying maximalism.

Limited edition of 400 copies. Comes with a full-color insert of liner notes and a map of Burkina Faso.