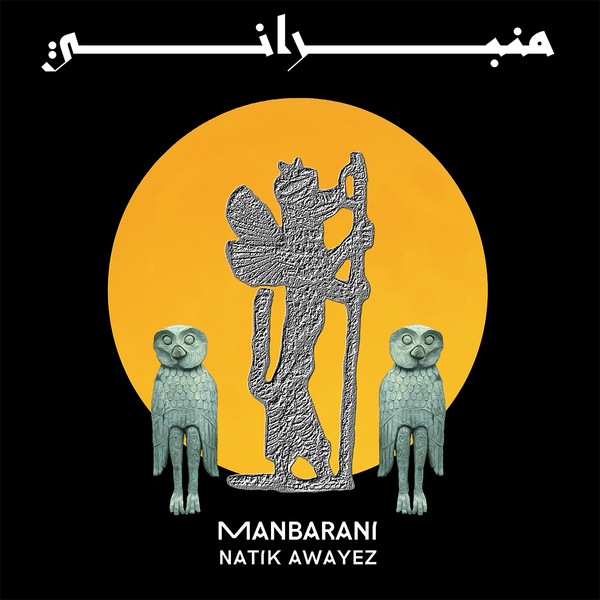 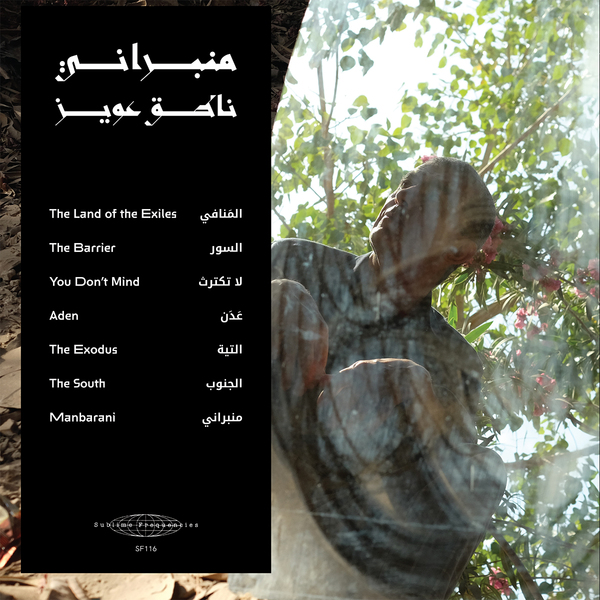 Rhythmic percussive arrangements by Khaled Yassine are the foundation for oud, violin, buzuq, and Awayez’ lush voice, which floats atop the instrumentation like a series of prayers baking deep inside the ovens of sadness and despair, only to manifest as inspiration for the soul’s navigation towards redemption.

These songs have been swirling inside the mind of Natik Awayez for a while now, collecting nuance and harmonizing with the buzzing of wasps, as he explains: “Iraq is the source and Yemen the soul. As for Cairo, it has offered me snippets of time and a small abode, a handful of its most beautiful musicians and a lot of love. And so, Manbarani came to be.”

This is a Limited edition vinyl LP with insert containing lyrics in English and Arabic.

About Natik Awayez
A lyricist, composer and oud player, Natik Awayez was born on the banks of the Mesopotamian Marshes in Southern Iraq. Growing up between Omara City and Baghdad, and learning to play oud in the company of local musicians, in 1979 due to the aggravation of political persecution in Iraq, Awayez departed to study philosophy in Bulgaria. This was followed by time he spent in the People's Democratic Republic of Yemen where he settled in the Beihan desert on the border between Yemen and Saudi Arabia. In the city of Abyan he founded and led Asheed Band for several years and collaborated with the Zinjibar City Band as a composer and art supervisor.

With the eruption of the civil war in Yemen, Awayez once again leaves, to Sweden this time where he settles until 2014. In Lund, Awayez co-founded the band Natik City with some members of the legendary band Agurk Players. In Malmo, he co-founded Shahrazad in cooperation with the Swedish string quartet Amandakvartetten.

In 2013, he founded The Art Consulate, an independent organization that was concerned with creating an intellectual dialogue between Europe and the Middle East. This work eventually led him to move to Cairo in 2015, where he managed an art project under the name of Missing Rooms. When the latter was completed, Natik decided to remain in Cairo and from that point onward, he shifted back to music making, devoting himself for the past two years to the composition of his debut album Manbarani.