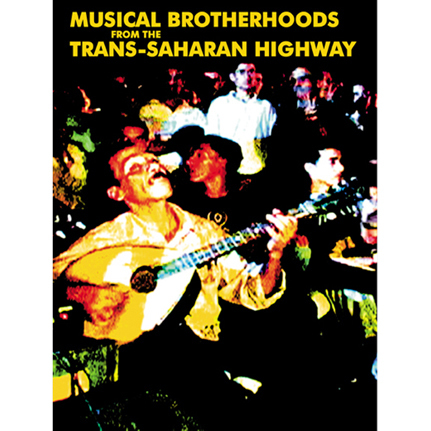 Filmed in 2005 by Hisham Mayet predominately at the Jemaa Al Fna in Marrakesh Morocco, 'Musical Brotherhoods of the Trans-Saharan Highway' captures an assortment of spectacular musical dramas presented live and unfiltered on the home turf of the world's most dynamic string and drum specialists performing and manifesting the ecstatic truth. Ancient mystical brotherhoods have been flourishing for centuries in and around the cities of Marrakesh and Essaouira in Morocco where the trade caravans have gathered from their long journeys across the Trans-Saharan Highway. This is some of the last great street music on Earth. A must see for string aficionados looking for inspiration as electric ouds, banjos, mandolins and the Gnawa sentir peel flesh from bone right before your eyes! A film by Hisham Mayet.