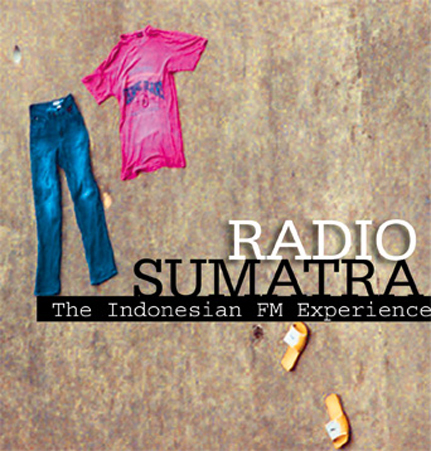 The music and production encountered here represents a cross-section of Sumatran FM radio and to a greater extent, what’s happening now in Indonesian culture. From the signature sounds of Sumatra (Melayu, Minang Pop, the Batak ballad) to the widespread Indonesian phenomenon of Dangdut, this exclusive “FM only” Radio Collage will leave your skull shattered, wondering why it’s taken so long to be turned-on to the modern pulse of the world’s fourth largest country. Some of these selections come from Java and other parts of Indonesia via the FM airwaves of Sumatra’s major cities. Islamic Folk, Gambus Rock, and gorgeous anomalies are also placed in the mix amidst brief news reports, advertisements, prayers, and karaoke call-in shows. Many of the station ID’s could be mistaken for American or European networks and much of the music is highly influenced by western pop/rock/punk/metal/rap/etc. But beyond these obvious comparisons is an explosive musical kaleidoscope; still fresh, somewhat sincere and naive, and a bit resistant to the grasp of the world’s cultural export Moguls. This is an essential listening experience. There is undeniable evidence here of how Indonesians have crafted some of the world’s most thrilling popular music….yet the rest of this world somehow refuses to recognize it… that is, until now!