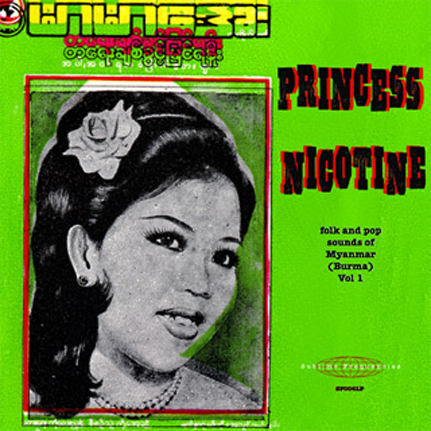 How do they do it? Are they smarter? Are they better? How can it be ignored or denied? How is it possible that one of the most unique, perfectly composed and performed, intense and awe-inspiring musical legacies the world has ever known is looming north of the equator physically tucked-between world cultural giants India, China, and Thailand, without more than a whisper from ethnomusicologists or those who define themselves as "purveyors of world music"? Not only are the roots of this music unique, but so are the results after incorporating outside instrumentation from modern colonial and (unavoidable) international influence. What the Burmese have done with a piano is so precise in its adaptation to existing form and melody that one would think they invented it. Burmese music has a very distinct sound and whatever instrument is assimilated into its core only seems to magnify its original intent without depending upon outside ideas as they relate to each component of it.

This collection will immediately bring you up to speed to what you have been missing all along. I'll leave the over-analyzation to those who undoubtedly will suffocate the world music community with praise for this music in the future because the time is NOW to dig it and to put the REAL music of Myanmar on the map ONCE and for ALL. This is the first TRUE compilation of this phenomenal scene from Yangon to Mandalay and beyond. Here are some of the greatest names from the past 50 years of Burmese musical history from the original recordings featuring Mar Mar Aye, Bo Sein, and the incomparable Tonte Theintan. Listen, and be amazed!